Iĺve spent a lot of time warning beginners not to jump into astrophotography right away.  Too expensive, too time-consuming, too frustrating.  And besides, beginners have their hands full just learning the sky and mastering the use of a telescope.  But is there a way to do astrophotography without the massive investment in time and expense?  Maybe not completely, but planetary imagers come close.

The hero in this scenario comes from an unlikely source ľ the cheap computer webcam.  It turns out the chip inside your webcam is just fine, itĺs the lousy little lens they stick in front that makes your videos look so bad.  A few years back, people began modding their webcams by unscrewing the stock lens and attaching a 1.25ö nosepiece on the end.  Webcams capture video at variable rates, anywhere from around 5 fps to 60 fps.  Video is just a bunch of stills put together ľ at 30 frames per second, a webcam can capture 1800 images each minute.  Through the use of image stacking software like Registax, it is possible to filter out the images caught during bad seeing.  Then the software stacks the remaining good ones together to form the final image.  It sounds like black magic but it works wonderfully well. 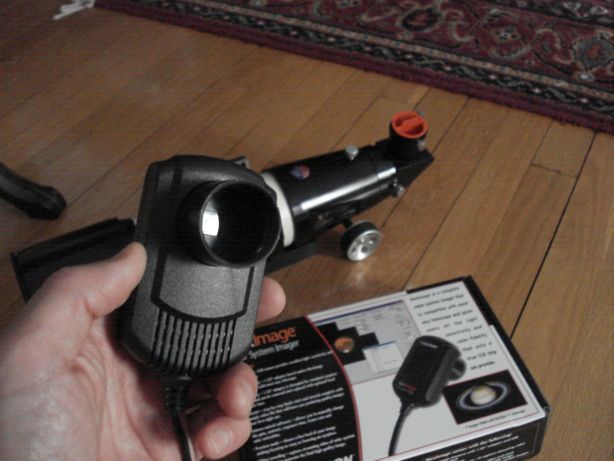 Many webcams have been used for astronomical imaging, but the model that people settled on fairly early was the $100 Philips ToUcam which uses a 640X480 Sony ICX098QB chip.  Alas, the ToUcam has been discontinued (used models have held their value extremely well on the secondary market.)  Luckily, Celestron is now selling the NexImage, a rebadged TouCam with the 1.25ö nosepiece already installed.  Theyĺve also bundled it with some capture software and an early version of Registax (mine came with 3.0.)  If youĺre one of these people scouring ebay for a ToUcam, donĺt bother ľ just get the NexImage. 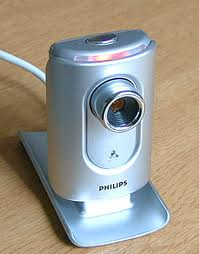 The original Philips ToUcam (L), and with custom 1.25" nosepiece (R)

On paper, this doesnĺt look promising.  The chipĺs resolution is VGA, at 640 X 480.  Many are put off by this when they first hear it.  Donĺt be ľ itĺs plenty, and even some of the nicer cameras out there are still 640 X 480.  Pixel count isnĺt everything!  To make matters worse, your planetary image isnĺt even going to come close to filling up the space on the chip.  If you can get Jupiter 200 pixels across, youĺre doing well, and Saturn and Mars are even smaller.  Whatĺs more, the camera is a one-shot color device, so your final resolution will be even less than the 640 X 480 spec.  And finally, the NexImage is a USB 1.1 device, so on fast captures, itĺs going to drop a lot of frames.

But you know what?  None of this seems to matter in practical use.  The images people have been getting out of this $100 imager are simply stunning.  This was the image I got my first night out with a TeleVue Pronto at prime focus.  The telescope was sitting on an alt-az mount and was unguided. 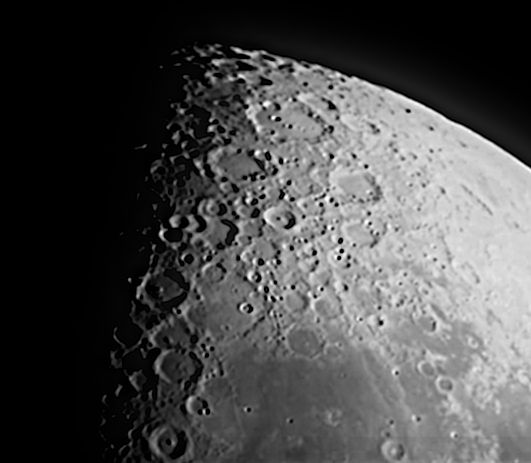 Clavius region of the moon just after first quarter

After a few more nights of playing with the device, I was able to get the following on a borrowed Orion 8ö f/4 Newtonian Astrograph.  A Meade 3X barlow was used to boost image scale. 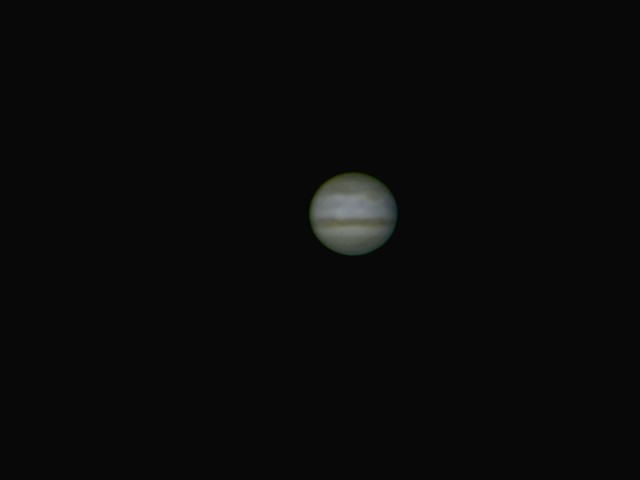 Hereĺs Saturn through the Celestron C6 SCT on a CG-5 mount.  A TeleVue 2X barlow was used to boost image scale. 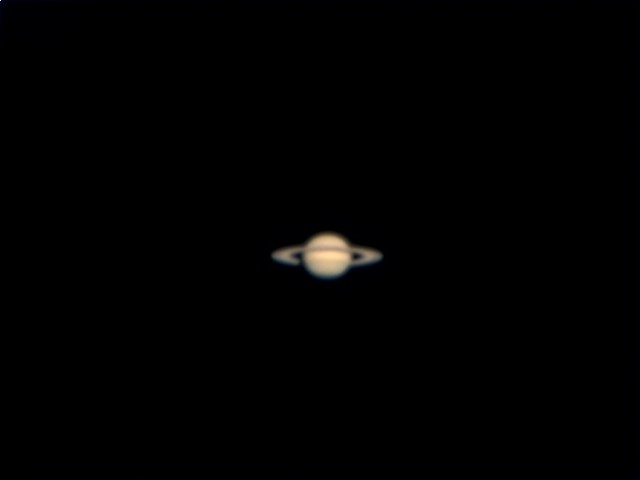 Jupiter through the C6 with a 3X barlow: 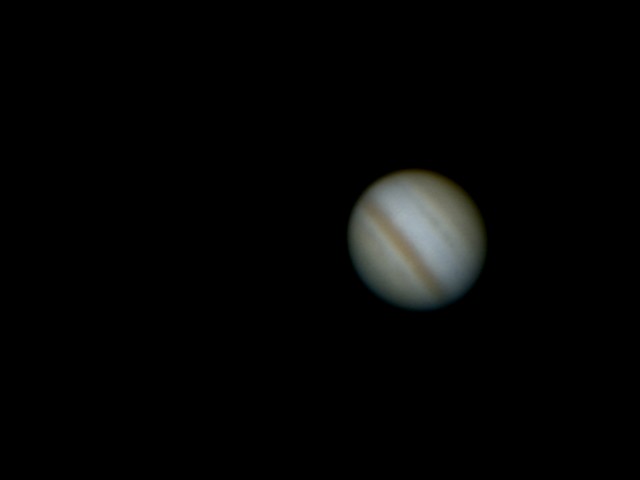 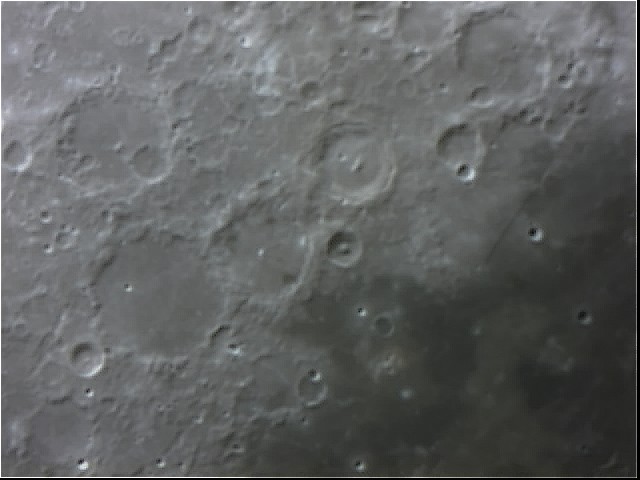 Ptolemaeus, Alphonsus, and Arzachel through the C8 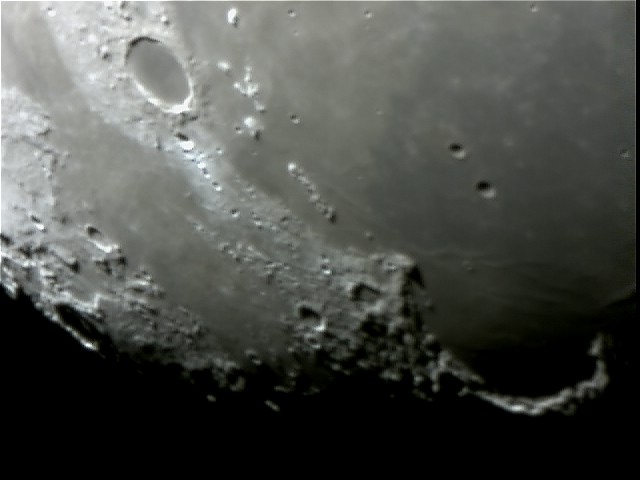 Plato through the C8

Some random hints and observations: 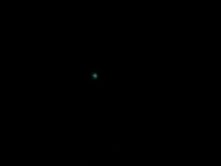 Iĺve been having a ball with the NexImage and have been imaging everything in sight through every telescope that comes my way.  I bought another one as a spare in case they stop selling them.  Iĺm also trying to rationalize upgrading to one of the cameras from The Imaging Source ($350 - $570.)  But that, as they say, is another story.  The NexImage is the most astronomical fun Iĺve ever had for $100 ľ highly recommended!

Sidebar: From Duck to Swan - The Magic of Registax

Stacking has revolutionized planetary imaging.  You can download the latest version of Registax for free here.  If you haven't seen this before, the software really is quite amazing.  Here's a step by step process showing how the raw video is stacked to make a final image.

Step 1 - Find a suitable reference image.  This particular frame isn't very good, but you can keep manually inspecting them until you find one you like.  There are 2000 to choose from in this .avi. 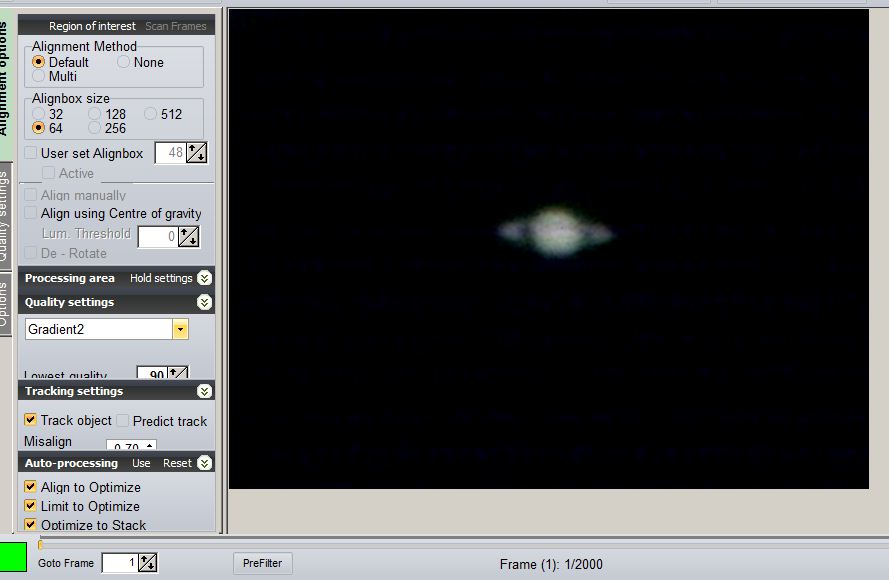 Step 2 - Align the images.  This used to be a big deal, but now all you have to do is select a high contrast area, push a button, and the software does the rest.  Technically, you don't even have to be tracking, but it does help.  In this example, you can see I've set the gain a little too high (the image is a little noisy.) 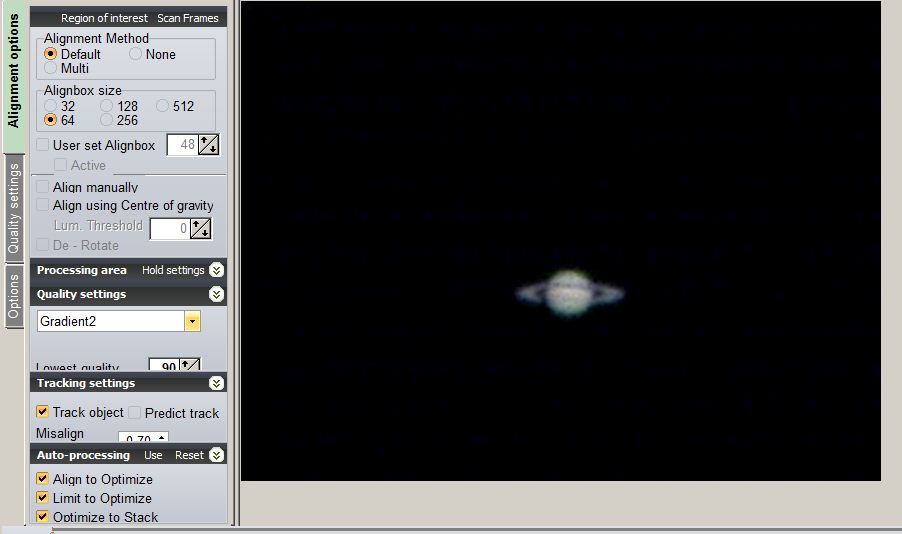 Step 3 - Limit, Optimize, and Stack.  Once stacked, you can see the image is "smooth and fuzzy" which is actually good. 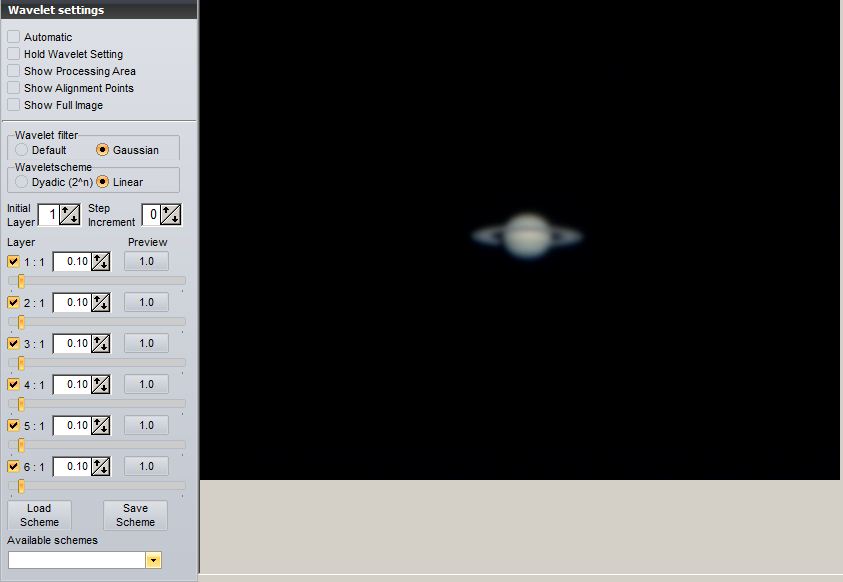 Step 4 - Process wavelets.  This is a bit of a black art (I've found very few people who can agree on which sliders to move and how much) but by moving the 6 sliders to the right, you can bring out detail.  Don't do too much, as you'll increase the noise level.  Registax also contains some basic image processing features.  You can adjust color balance, gamma, brightness, contrast, RGB levels, and more. 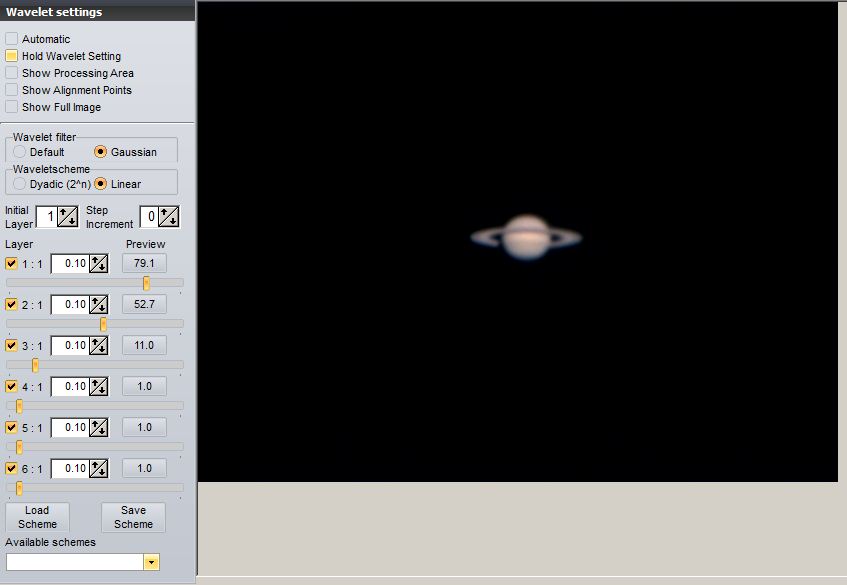 End Page 9 Back to Home Page